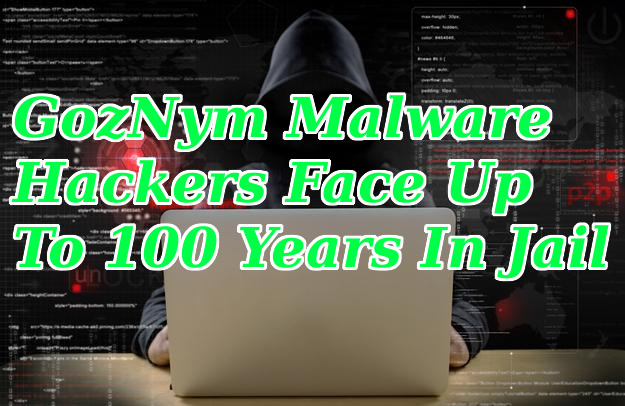 rasimir Nikolov, a Bulgarian man, has just been indicted by a federal jury in connection with GozNym malware, which has been used to hack people’s online accounts. As a result, Nikolov now faces up to 100 years in jails and a fine of up to $3,500,000.
Earlier this year in April, IBM X-Force Research revealed the existence of a Trojan hybrid developed from the Gozi ISFB and Nymaim malware. By combining the best of the both malware, GozNym malware worked as a powerful trojan. During a short span of time, this malware evolved at a fast pace and spread across different countries.

Now, the US authorities have indicted a person named Krasimir Nikolov from Varna, Bulgaria, for playing a major role in the distribution and creation of GozNym malware.

The indictment by the US Department of Justice mentions that 44-year old Nikolov now faces up to 100 years in jail and a fine up to $3.5 million for his crimes.

This new banking trojan was reported to target as much as 22 different financial organizations like banks and credit unions.

Back then, Nikolov’s operation was a part of the massive Avalanche malware distribution network, according to the US Department of Justice. It was being investigated by authorities of many countries, and ultimately brought down in November.

The authorities have mentioned different cases that include multiple attempts of unauthorized transfer of large chunks of money from different online accounts.

Nikolov was one of the early arrests of this operation, which were followed by the main administrator of the malicious network and 34 people.


Did you find this story interesting? Don’t forget to drop your feedback in the comments section below.