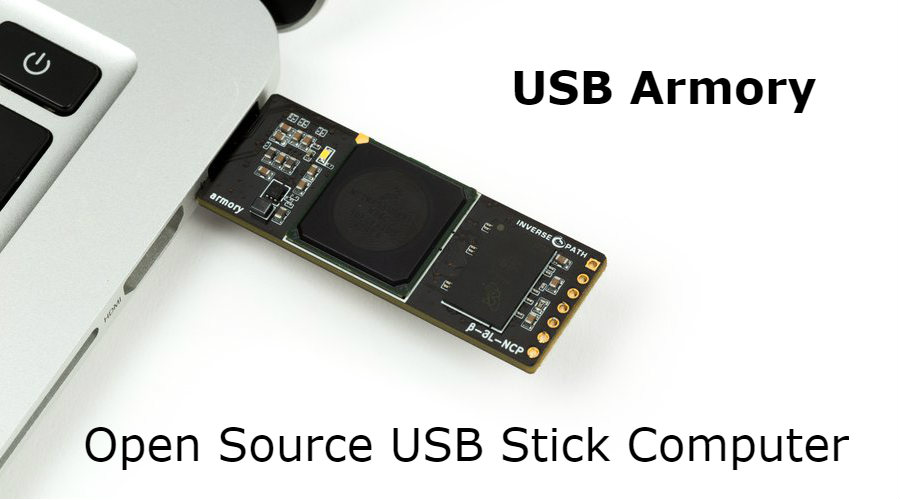 Inverse Path is an Italy-based information security consultation firm which has come up USB Armory. A tiny USB computer capable of enhancing the security of your existing computer or acts as a device for testing security. It has an ARM Core processor and 512MB RAM.

Related Post You May Interest In The killer USB That fry computer in Seconds  Click Here
There are various kinds of USB devices, some can be used to store content, some can kill a computer, and some are for security applications. Inverse Path USB Armory is one such tiny hardware which can be used to enhance your security while using the internet. 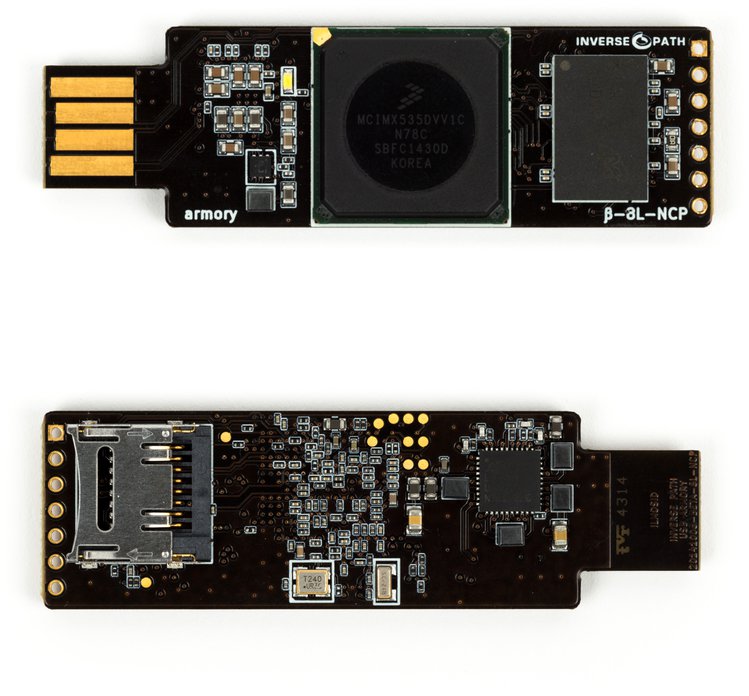 The USB stick computer is an open source hardware powered by an ARM Cortex and some MBs of RAM, 512 to be precise. It connects to your machine via the USB 2.0 interface. Here is a brief about the specifications for the Armory:

So, basically, what you have is a piece of exposed hardware which promises to enhance your security. It supports the secure boot functionality. The SD card attached to Armory stores the OS and security applications. So, by using Armory, a piece of software can prevent you from compromising yourself. An app known as INTERLOCK has been created to live on Armory and do the data encryption stuff for you. It helps you with a web interface where you can use a dashboard for managing your encrypted data. The app is developed for Armory but it can be used on other platforms too.


It can also access Tor and behave as a router to facilitate end-to-end VPN tunneling. You can use Armory as a penetration testing device for finding weaknesses in machines which could be compromised to gain access to the device. The armory-pass is a proof-of-concept browser-based password manager developed by Michael Weissbacher. And if you have some extra Bitcoin money, the device can also behave as a Bitcoin wallet called Electrum. 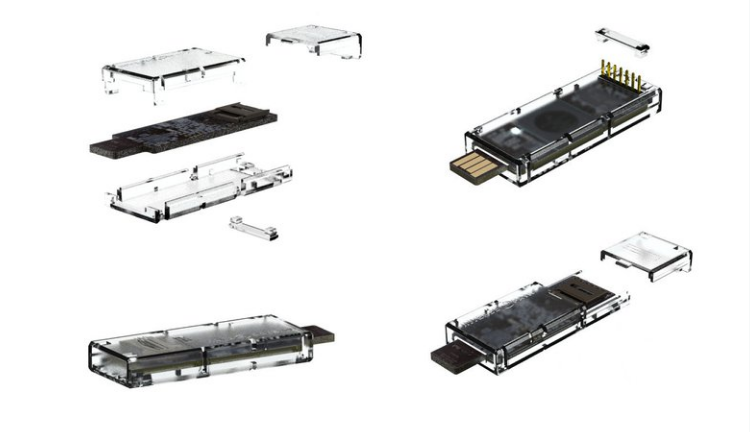 The USB Armory project appeared on Crowd Supply on January 31, 2015. It has since reached $147,000 which is 227 percent of its initial goal of $65,000. The USB Armory itself is priced at $130 and you can get additional accessories like microSD card, external casing, etc.

USB Kill to Destroy Any Computer Within Seconds

If you have something to add, tell us in the comments below.

KryptosTechnology CEO-Founder and an aspiring entrepreneur who keeps a close eye on open source, tech giants, and security. - [email protected]nology.com