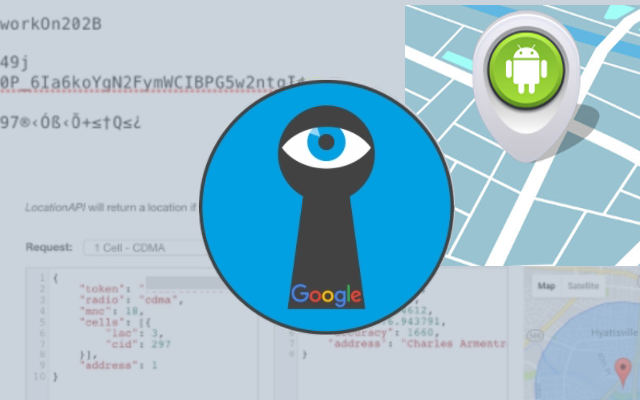 Android Smartphone Location has been Tracked by Google

Android smartphone users beware, as Google is secretly gathering your location data even when you have actively disable location services on the device, reveals an investigation conducted by Quartz.

pparently, Android smartphones since the beginning of 2017 have been collecting addresses of nearby cellular towers even when location services are turned off and sending this data back to Google when the device is connected to a Wi-Fi network or has a cellular data enabled.


While Google confirmed the practice to Quartz, the search giant said it would end the practice by the end of November and Android smartphones will no longer send cell-tower location data to Google, reports Quartz.

The data was being collected as a part of the Firebase Cloud Messaging, which the app developers and Google use to send notification messages or data messages to the consumers or their own apps, Google told Quartz. The sad part is that this cannot be disabled and it doesn’t depend on what apps you have installed even if your smartphone has gone through a factory reset or the SIM card has been removed.


“In January of this year, we began looking into using Cell ID codes as an additional signal to further improve the speed and performance of message delivery,” a Google spokesperson told Quartz about the location-sharing practice. “However, we never incorporated Cell ID into our network sync system, so that data was immediately discarded, and we updated it to no longer request Cell ID.”

It is still unclear how cell-tower addresses that helps in identifying a specific cell tower, could have been used to improve message delivery. The findings breach a “reasonable consumer expectation of privacy,” reports Quartz.


With no way to opt out, Google collecting this type of data seems extremely disturbing for Android users and a concern from security point of view. However, if an Android device were to be stolen, it could end up compromising the cell tower data. Although Google says the cell tower data is encrypted, it doesn’t mean it can’t be compromised by a hacker. The only way to stop it would be possible only when Google make changes to Android.