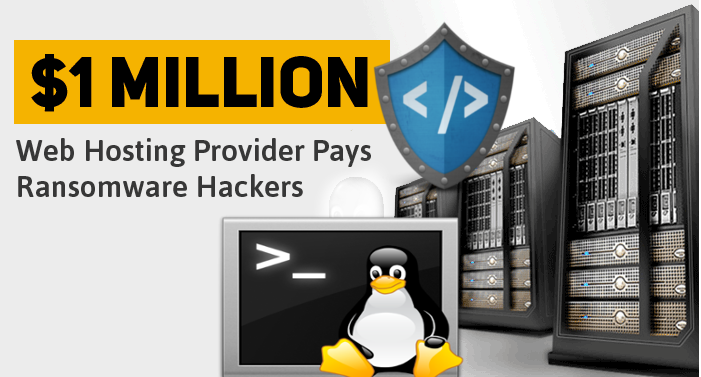 South Korean web hosting provider has agreed to pay $1 million in bitcoins to hackers after a Linux ransomware infected its 153 servers, encrypting 3,400 business websites and their data, hosted on them.

ccording to a blog post published by NAYANA, the web hosting company, this unfortunate event happened on 10th June when ransomware malware hit its hosting servers and attacker demanded 550 bitcoins (over $1.6 million) to unlock the encrypted files.


However, the company later negotiated with the cyber criminals and agreed to pay 397.6 bitcoins (around $1.01 million) in three installments to get their files decrypted.

The hosting company has already paid two installments at the time of writing and would pay the last installment of ransom after recovering data from two-third of its infected servers.


According to the security firm Trend Micro, the Ransomware used in the attack was Erebus that was first spotted in September last year and was seen in February this year with Windows’ User Account Control bypass capabilities. 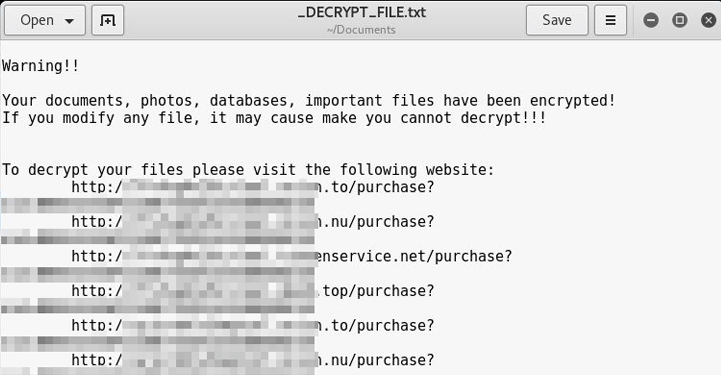 Since the hosting servers were running on Linux kernel 2.6.24.2, researchers believe that Erebus Linux ransomware might have used known vulnerabilities, like DIRTY COW; or a local Linux exploits to take over the root access of the system.


The version of Apache NAYANA used is run as a user of nobody(uid=99), which indicates that a local exploit may have also been used in the attack,” researchers note.

Erebus, the ransomware primarily targeting users in South Korea, encrypts office documents, databases, archives, and multimedia files using the RSA-2048 algorithm and then appends them with a .ecrypt extension before displaying the ransom note.

The public key which is generated locally is shared, while the private key is encrypted using AES encryption and another randomly generated key.


According to analysis conducted by the Trend Micro researchers, decryption of infected files is not possible without getting hold of the RSA keys.

So, the only safe way of dealing with ransomware attacks is prevention. As we have previously recommended, the best defense against Ransomware is to create awareness within the organizations, as well as to maintain back-ups that are rotated regularly.

Most viruses are introduced by opening infected attachments or clicking on links to malware usually in spam emails. So, DO NOT CLICK on links provided in emails and attachments from unknown sources.

Moreover, ensure that your systems are running the latest version of installed applications.